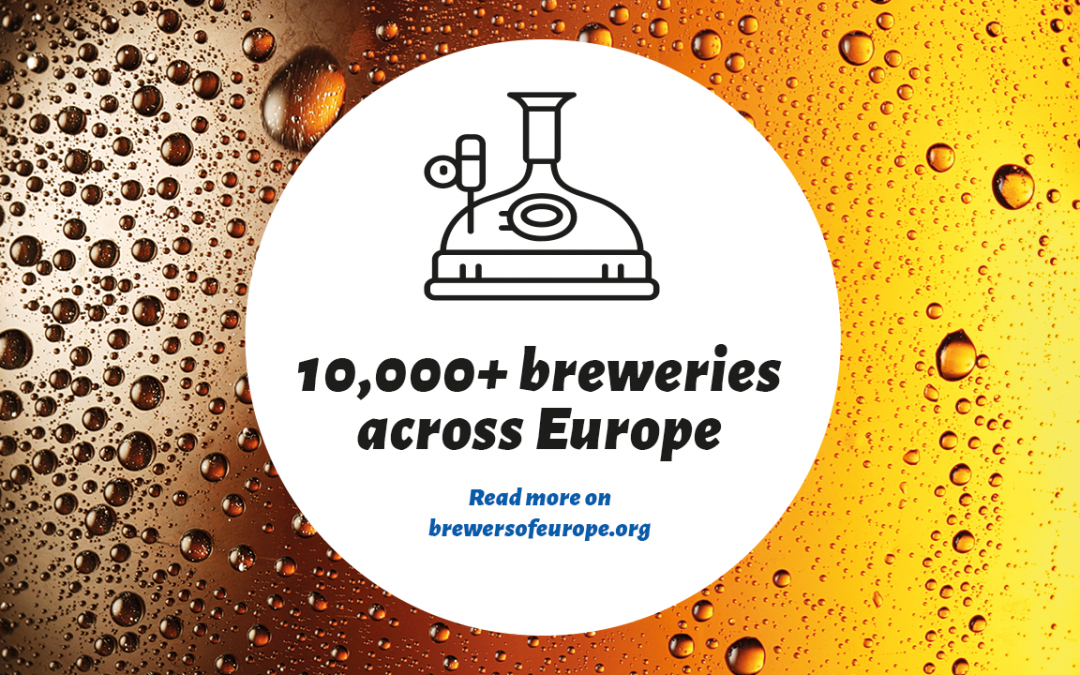 Brussels, 5 December 2019 – There are now more than 10,000 breweries in the European Union according to the latest figures revealed today by The Brewers of Europe, whilst both the production and consumption of beer have gradually grown year on year for the last five years.

The figures – released as part of the 2019 edition of The Brewers of Europe’s Annual European Beer Trends Statistics Report – show continued growth in many key metrics. Beer production volumes have surpassed the 400 million hectolitre mark in the EU for the first time in a decade.

Consumption rose in every single country in 2018, with consumers able to choose from a more varied, more specialised range of beers. As some consumers switch towards lower strength products such as beer, and on certain occasions towards non- and lower alcohol within the beer category, this beer growth is coinciding with a decline both in overall alcohol volumes and in harmful drinking in Europe.

Pierre-Olivier Bergeron, Secretary General of The Brewers of Europe, said: ‘It is fantastic to be able to announce the 10,000th brewery in the European Union. The Brewers of Europe welcomes all new breweries, many of which are SMEs and microbreweries, and we are very much encouraged by their role in diversifying and strengthening the sector as a whole across Europe.

‘More than ever, brewers have stepped up to meet consumers’ expectations for innovation in products, more sustainable production, as well as for increased choice such as lower-alcohol offerings and speciality beers,’ he added

For over half a decade now, beer statistics have told a story of steady and sustained progress, further strengthening beer’s contribution to the European economy as a major consumer good and export commodity.

In the 2019 edition of the report, many national narratives are also evident. Poland is now the second largest beer producer – swapping places with the UK.

France alone has increased the number of breweries in the country by 45% year-on-year, from 1100 to 1600. Slovenia and Ireland saw their brewery numbers rise by 50% and 25% respectively.

Exports have once again increased, with Belgium remaining the largest dispatcher of beer within the EU, just ahead of Germany, whilst the Netherlands continues to export around 40% of its beer production to other parts of the globe.

As demonstrated by the statistics in this report, beer is growing in Europe and in many individual countries and markets – no matter how big or how small.

Bergeron added, ‘We congratulate the passionate, engaged, innovative people in the 10,000 plus breweries that enable our sector to celebrate its progress.’