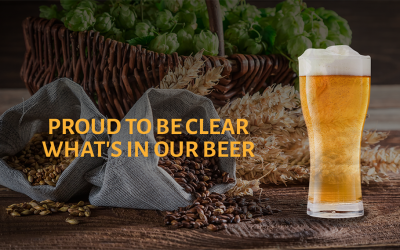 Brussels, 9 July 2018. The Brewers of Europe announced today that it is stepping up its voluntary commitment on consumer information, recommending to all breweries to list ingredients and calories on the labels of pre-pack containers. Brewers have since 2015 been... 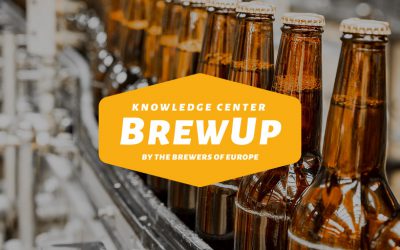 The Brewers of Europe launches “BrewUp”, a 2.0 knowledge portal for Europe’s brewers

Friday, 1 December 2017 – Today, The Brewers of Europe released BrewUp, a knowledge portal for Europe’s brewers. BrewUp provides information on how to brew, market and advocate for beer. BrewUp has been developed in order to meet the expectations of brewers of all... 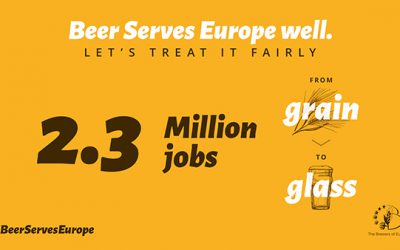 Beer serves Europe and the rest of the world: EU sector’s renaissance continues

Brussels 30 November 2017. With EU beer production rising above 40 billion litres for the first time since the economic crisis, The Brewers of Europe confirm that the growth trend continues for the EU beer sector at the 7th Beer Serves Europe event. A... 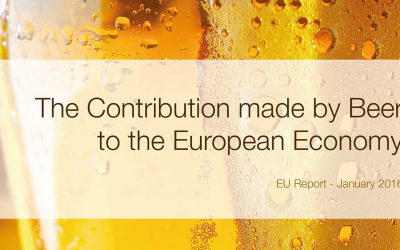 The Contribution made by Beer to the European Economy

With over 900 new breweries opening since 2013, the European beer industry has bounced back from the financial crisis. This is one of the key findings of a study released today on “The Economic Contribution of Beer to the European Economy”. The EU remains the second largest beer producer in the world after China; more importantly, the number of European breweries has significantly increased in recent years– to a total of over 6500, producing 383 million hectolitres of beer in 2014. 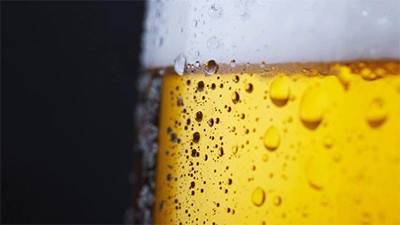 Europe’s brewing industry is a sector worth supporting

New EP beer club president Renate Sommer wants to promote ‘positive contribution’ of beer. Cervisiam bibat or “drink beer”. This recommendation by the erudite Saint Hildegard von Bingen (1098 – 1179) in her visionary medical and scientific work, ‘Causa et Curae’ highlights just how deeply anchored beer is in European culture. Saint Hildegard knew about the medical effects of hop as an antimicrobial and calmative, with its many positive health effects.

On the occasion of the relaunch of the European Parliament’s (EP) Beer Club, The Brewers of Europe published the 2014 European Beer Statistics, which reveal a brewing sector that continues to show signs of recovery, but still faces constraints to growth and investment.
The Secretary General of The Brewers of Europe, Pierre-Oliver Bergeron commented “Our new data show that, despite a further decline in beer consumption in the EU in 2013, direct employment and exports remained stable, demonstrating that global demand for European beer remains high.”

If Member States were to get Parliamentary seats based on beer

BRUSSELS, 6 November 2013: European Parliamentarians joined with brewers from across Europe Wednesday to open the ‘Faces of Brewing’ photography exhibition, highlighting the people behind the sector’s craft and economic dynamism.
The exhibition, from 5-8 November 2013 in the European Parliament, is a selection of images from the award-winning annual ‘Faces of Brewing’ photo competition, which encourages talented photographers to shine a light on beer and brewing, including those people in the hospitality sector, where beer plays such a vital role.

Joint press release by The Brewers of Europe and HOTREC
Brussels, 17 September – A new Europe-wide study by EY, released Tuesday, shows the hospitality sector plays a critical role in fighting youth unemployment and is essential for jobs and growth and the health of other sectors. MEPs and the sectoral associations HOTREC and The Brewers of Europe call for more-supportive EU policies to boost the sector’s performance.

On 17 September will take place an event in the European Parliament to launch a new report by Ernst & Young on the contribution made by the hospitality sector to Europe’s economy, growth and jobs. Entitled “Toasting Europe´s future: The role of the hospitality industry in re-launching growth”, the launch will take place over a dinner debate from 18.30 to 20.30 in the European Parliament in Brussels.