Europe’s brewing industry is a sector worth supporting 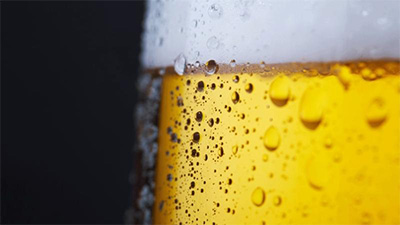 Cervisiam bibat or “drink beer”. This recommendation by the erudite Saint Hildegard von Bingen (1098 – 1179) in her visionary medical and scientific work, ‘Causa et Curae’ highlights just how deeply anchored beer is in European culture. Saint Hildegard knew about the medical effects of hop as an antimicrobial and calmative, with its many positive health effects. Due to its nutritional value, beer was even allowed during the annual Christian fasting period. In the monasteries, each monk was allowed to drink five jars of beer as a substitute for bread. Given its prominent support by the church, beer quickly became one of the most widely consumed beverages in Europe, thus shaping our culture and identity. As beer could be made at home, it also broke down class boundaries and became a drink that brought people together.

Today, over 40,000 different beers are produced by more than 5000 breweries across Europe. The beer sector sustains two million jobs across the EU and generates €50bn in tax contributions each year. The sheer numbers speak for themselves when the question is raised about why we need a European parliament beer club. Given that the sector includes a wide range of people ranging from the farmers that cultivate the cereals to the bar-staff serving the beer, EU and national legislation touching upon the sector does matter. Bringing together MEPs and stakeholders in a cross-party and transnational forum can therefore help to raise awareness of how legislation affects the brewing sector and the jobs it provides.

It makes sense to support a responsible and prosperous beer sector that gives back to the EU. At the same time, non-partisan support can help to promote European beer and lifestyle globally. After all, exports of European beer brands are increasing and festivals such as the Oktoberfest in Munich attract millions of tourists every year.

As my home region North Rhine Westphalia is known for its beers, including the biggest brand Pils and some of the local specialties such as Kölsch from Cologne and Altbier from Düsseldorf, I was honoured o be nominated as the new president of the EP beer club.

If North Rhine Westphalia – which includes the industrial heartland of the Ruhr – is described as Germany’s economic powerhouse then beer is the fuel that keeps us going. However, the brewing sector in my home area has changed as much as the region itself. While in former years beer used to be what coal-miners drank after a tough working day, structural changes have forced breweries to become more innovative – as everywhere in Europe. The beer sector is strongly tied to overall EU prosperity.

I want an EP beer club that brings together MEPs from across all our parties and countries, breaking down the party lines that sometimes separate us in the parliament. And I believe passionately that the positive contribution that beer makes to Europe and its way of life can be reflected in the informal meetings of our beer club.

The following article by the President of the EP Beer Club was published in the 23 February 2015 edition of the Parliament Magazine.